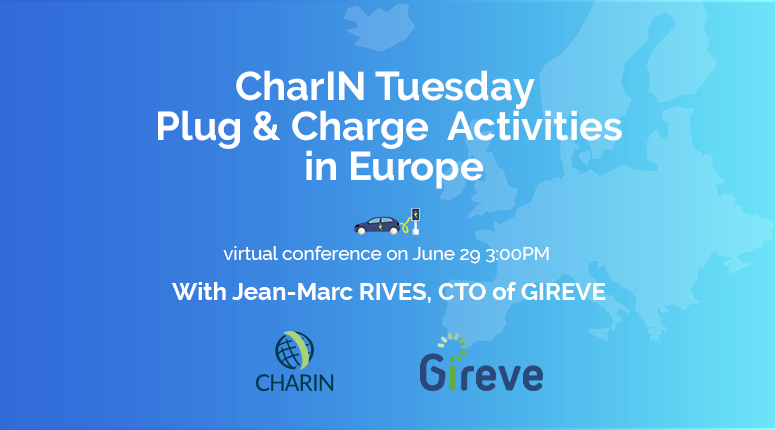 CharIn Tuesday: a virtual conference about Plug and Charge in Europe

CharIN, an association to drive the requirements for fast charging of electric vehicles.

CharIN is a non-profit organisation that brings together more than 200 members around the world about electric mobility. Its international community is comprised of leading global companies representing every link to the e-mobility value chain and multiple experts who have been working together as a team to drive the requirements of charging all kinds of electric vehicles.

CharIN´s next goal is to define requirements for the evolution of CCS related standards and for the certification of CCS based products.

Committed to the deployment of e-mobility in Europe, GIREVE shares its expertise in many public and private working groups to make regulations evolve and orient the market towards evene greater openness and simplicity for the end user. GIREVE collaborates with CharIN and will be present at its conference on May 29 dedicated to Plug & Charge in Europe.

On June 29, a conference dedicated to Plug & Charge in Europe

Plug and Charge allows automated communication and billing processes between the electric vehicle and the charging station without any need for RFID cards or charging apps while ensuring high IT security at the same time.

So far, the widespread implementation of Plug and Charge has been hindered by missing consensus and unity among the industry as well as the pending standardization of key elements.

To accelerate the widespread implementation of Plug & Charge, it is necessary to have a consensus within the industry, both on the issue of cybersecurity, as well as on the issue of interoperability solutions and governance.

Jean-Marc Rives, CTO at GIREVE, is involved in several working groups* about Plug & Charge and ISO 15118 on issues of standards definition, system architecture or governance. On June 29, he will share the progress of the “Task Force” group of CharIN where he represents GIREVE as well as AFIREV, PFA and the MOBENA initiative.

Join the conference to get insights of the Plug and Charge Europe Project and their implementation of a PKI. Learn more about the Mobena Initiative and interoperable solutions dealing with multiple roots.

* Jean-Marc Rive is chair of a STF-SGEMS subgroup (2016-2017 – EC AFI directive), member and working group’s leader in eMI3, member and former board member of EV Roaming Foundation (OCPI), contributor to the CharIN PKI-TaskForce on behalf PFA (the French automotive platform) and AFIREV (the French association of CPO and eMSp). Member of the MOBENA initiative he is in charge of the liaison between MOBENA and CharIN taskforce.

Join us on social networks 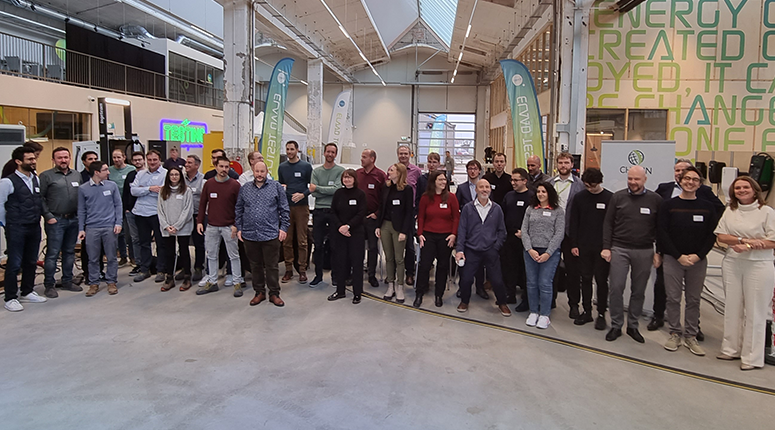 82,000 charging points open to the public in France according to the recharging barometer of AVERE France and the Ministry of Ecology based on Gireve data. 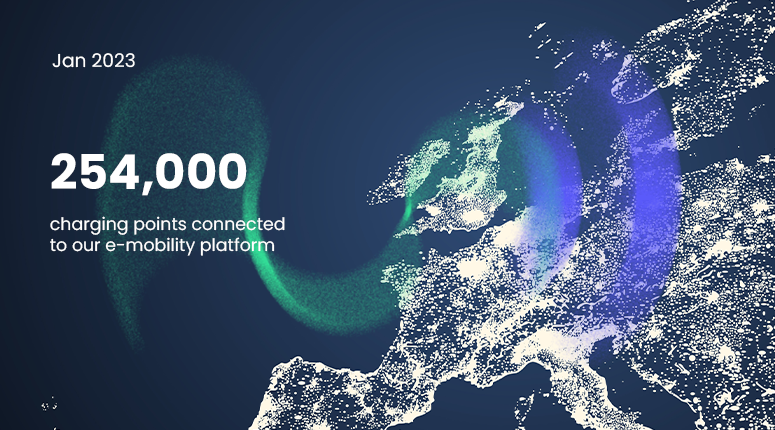 Roaming in Europe: in January, 2023, more than 254,000 charging points are connected to Gireve’s roaming platform in Europe.

Manage cookie consent
To provide the best experiences, we use technologies such as cookies to store and/or access device information. Consenting to these technologies will allow us to process data such as browsing behavior or unique IDs on this site. Not consenting or withdrawing consent may adversely affect certain features and functions.
Manage options Manage services Manage vendors Read more about these purposes
See setting
{title} {title} {title}